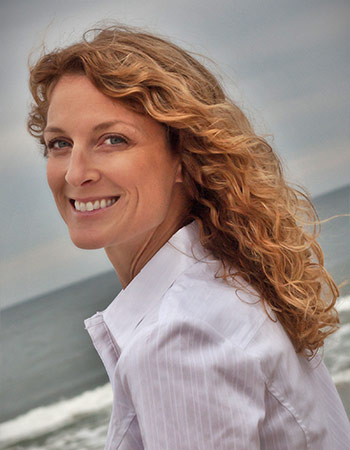 Dr. Antonelli was born and raised in California where she graduated with a degree in Biology with Honors from the University of California at Santa Cruz in 1990.

Dr. Antonelli attended the University of North Carolina School of Medicine in Chapel Hill, NC where she graduated with Honors in 1995. She completed her residency in Obstetrics and Gynecology at New Hanover Regional Medical Center in 1999 and served as Administrative Chief Resident in her final year. Upon graduation she was employed at Azalea Obstetrics & Gynecology and practiced both obstetrics and gynecology. After her son was diagnosed with autism in 2002, she took a 4 year break to best care for her children. She rejoined Azalea Gynecology in 2006 and remained there for 8 years until she decided to open her solo practice in 2014.

Seashore Women’s Health was established in 2014 by Dr. Nadine Antonelli, a gynecologist serving New Hanover County since 1995.   Dr. Antonelli believes that all women have the potential to reach optimum health and wellness with a holistic approach to health care that focuses on mind, body and spirit.   A woman’s gynecologist can be instrumental in helping to guide that process, especially given the challenges that occur as women transition through different stages of their reproductive years.

In a rapidly changing world where patients are often lost to the medical system, Dr. Antonelli’s  focus is on providing sensitive, personalized care in a comfortable environment that allows each patient’s concerns to be addressed in a timely fashion.